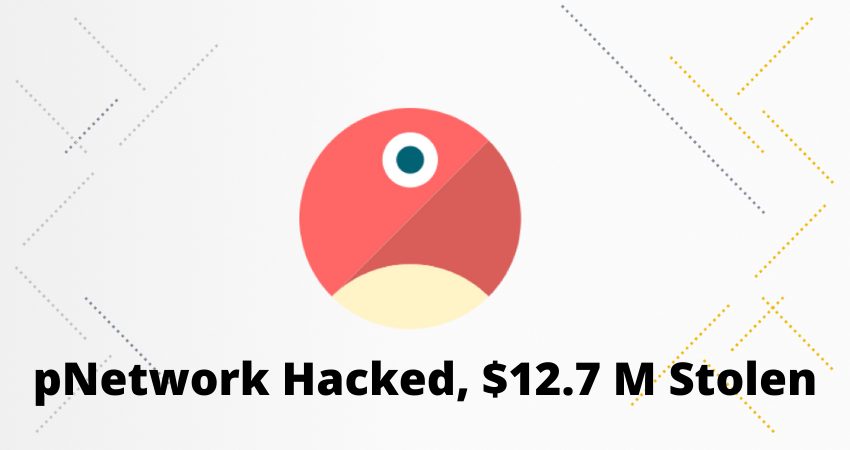 You may remember the last month Poly Network was hacked by hackers and they steal $600 million from the network.

Today we got another bad news from the cryptocurrency market. A Binance Smart Chain-based pNetwork DeFi has been hacked. According to sources, the hacker has stolen $12.7 Million in Bitcoin from the cross-chain DeFi protocol.

Today pNetwork has confirmed the news of this hack on their official Twitter handle. The hacker found a bug in the protocol’s codebase and made off with 277 pBTC (tokenized Bitcoin) whose value was $12.7 million.

After the announcement by pNetwork the native token of pNetwork (PNT) has lost more than 18% of its value. At the time of writing this post, the PNT token was trading at $0.9393.

The pNetwork also said in its tweet, “3/N To pTokens users. We are really sorry about what happened. We are working on a solution for users who were affected by the attack (pBTC on BSC holders only). We will keep you posted on this.”

The project has also appealed to the hacker to return the funds and they have also offered a clean bounty of $1,500,000 for returning the funds.

Ledger is Going to Enter NFT Marketplace and Web3 Services

Shiba Inu Has Been Listed By Europe’s Largest Crypto Exchange

Terra LUNA 2.0 is Launched and Might Become Big Hit, Should You Buy or Not?