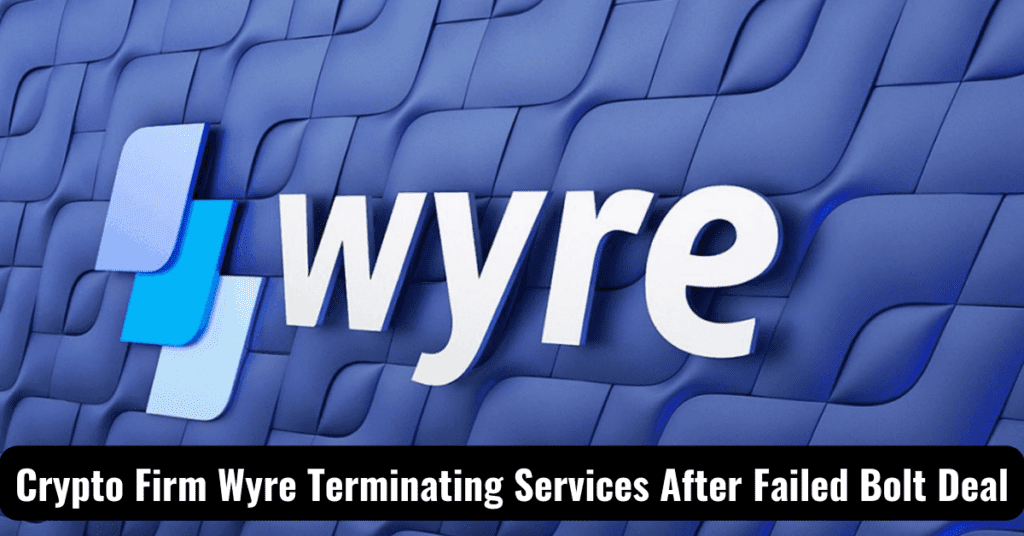 Over the last two years, the cryptocurrency market is facing many difficulties. Many crypto exchanges and crypto-based firms have seen a loss in their revenue due to the sudden market crash.

Now here is another piece of bad news for all crypto holders, the Crypto payments and infrastructure provider firm Wyre is going to shut down their services after a failed $1.5 billion deal to buy the firm with Bolt Financial.

Initially, Wyre was founded by Michael Dunworth and Ioannis Giannaros in 2013. According to Crunchbase, the company raised $29.1 million across nine rounds of funding. Some of the largest investors of this firm are Pantera Capital, Stellar Development Foundation, and Amphora Capital.

Michael Staib, former technical engineer of Wyre posted on his LinkedIn profile that “Wyre won’t continue as a profitable business” on 31st December 2022. But due to some reasons, he removed his post from his account.

One of Wyre’s employees revealed to Axios that Giannaros had sent an email during the winter holidays to inform the team members that Wyre would liquidate and terminate its services in January 2023.

Michael Dunworth, Chief Executive Officer of Wyre has stepped down from the company and cashed out his 12.5% holdings after failing a deal with Bolt Financials in September 2022. According to Dunworth the worst market conditions and high volatility is one of the main reason for failing the Bolt deal.