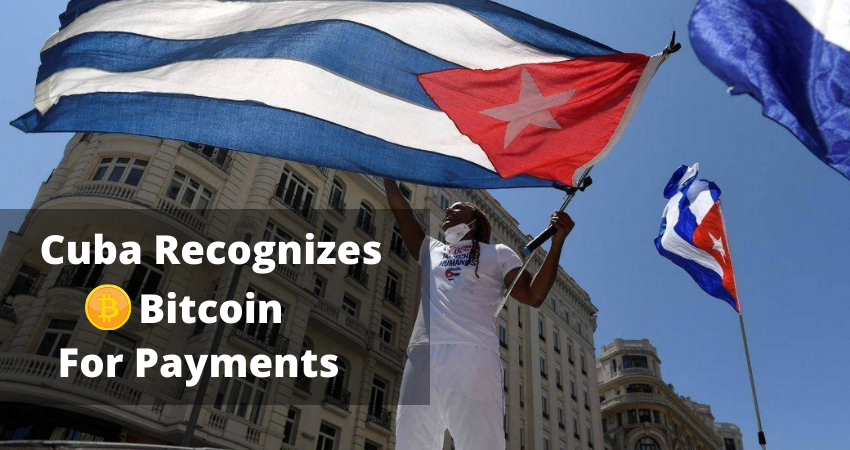 Now Central Bank of Cuba recognizes and regulates Cryptocurrencies Such as Bitcoin for Payments in their country. El Salvador, Cuba which is a Country in the Caribbean becomes the second country to recognize digital currencies.

The central bank of Cuba officially announced that they will recognize – and regulate – cryptocurrencies for payments on their country in a move that could help to circumvent American sanctions.

Cuba has passed a resolution in the Official Gazette on Thursday and said the central bank of Cuba will set rules on digital currencies and determine how to license providers of related services within the communist state.

This step is taken by the country after the strictness in the rules imposed under former United States President Donald Trump for transferring US dollars on the island. Some people in Cuba also expecting President Joe Biden to seek to normalize relations.

Cuba becomes the second country after El Salvador to recognize the use of cryptocurrency such as Bitcoin as a way to encourage remittances from its citizens living abroad.

The resolution said the central bank can authorize the use of cryptocurrencies “for reasons of socioeconomic interest” but with the state assuring operations are controlled. It should be also noted that these operations could not involve illegal activities against the government rules.

Overall it is a piece of good news for cryptocurrency lovers, and it will positively impact the crypto market.