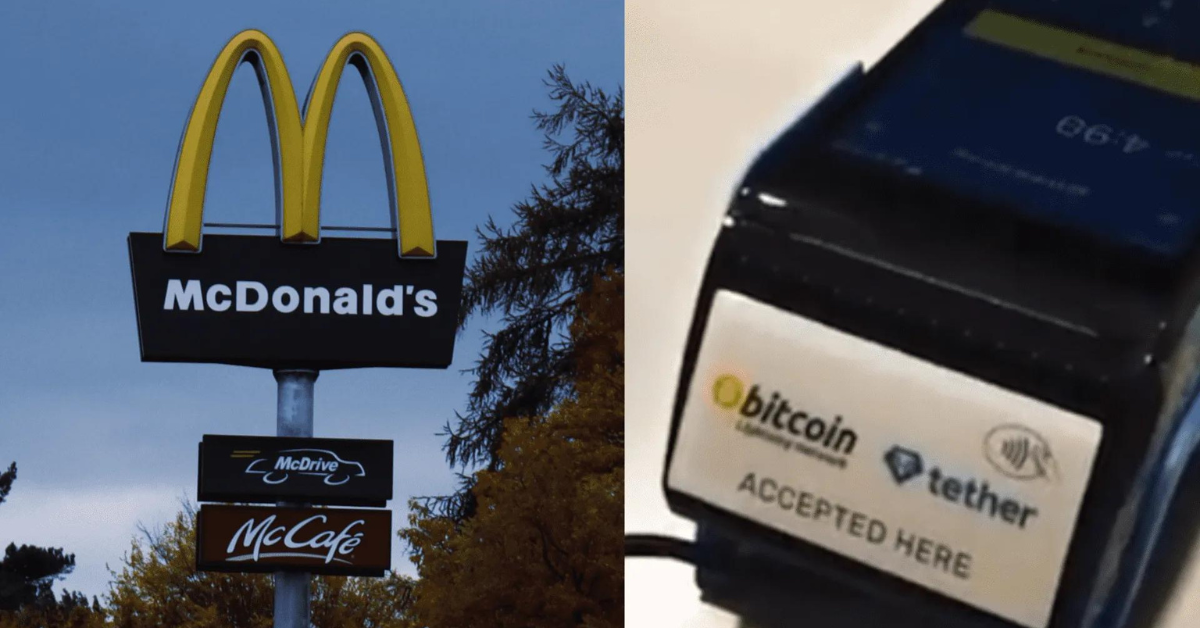 From time to time we have seen many companies and brands have started adopting cryptocurrencies. Now a global fast food chain has become one of them who have adopted crypto.

Lugano is an Italian-speaking city in Switzerland having a population of 63,000 citizens. This city is becoming the hotspot for adopting cryptos in western Europe.

On Tuesday a video was uploaded by Bitcoin Magazine showing the process of ordering food at McDonald’s digital kiosk and then paying with Bitcoin using a mobile app. You can also spot a Tether logo next to Bitcoin during payment on a credit cash machine. This happened after when Lugano announced to acceptance of Bitcoin (BTC), Tether (USDT), and LVGA tokens as legal tender.

Lugano has already signed a memorandum of understanding with Tether Operations Limited on 3 March 2022. According to this Tether created two funds one of $106 million for an investment pool and another of $3 million to encourage the adoption of crypto for shops and other businesses in Lugano city.

Lugano residents can also pay their taxes to the government using crypto and later this project will be expanded to collecting payments for parking tickets, public services, and tuition fees for students. According to reports more than 200 small and large shops and other businesses have already started accepting crypto payments.