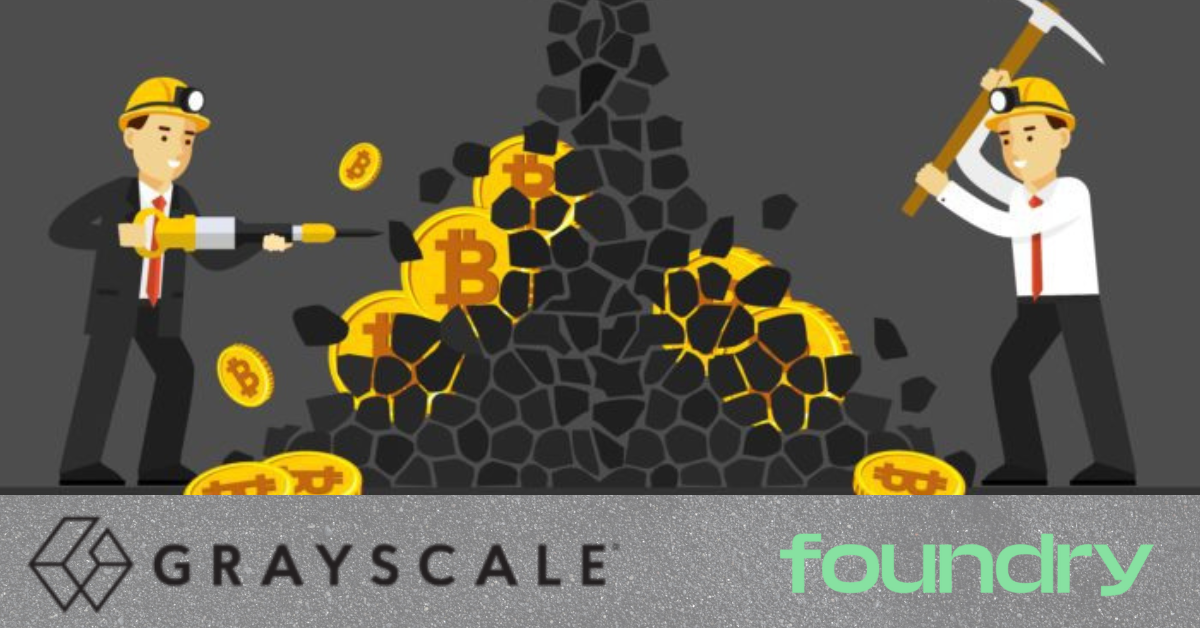 This investment product will generate funds to purchase new Bitcoin ASIC computers and United States Foundry Digital will run these computers to mine and trade Bitcoins for investors.

The main idea of Grayscale Digital Infrastructure Opportunities (GDIO) behind announcing this Bitcoin investment product is to provide a revenue stream that stands apart from “conventional income-oriented investments,” as stated on their official website.

The company will purchase Bitcoin ASIC computers to mine and trade Bitcoins on daily basis and they will also transfer the profits to investors on a quarterly basis. Mike Colyer, CEO of Foundry said his company wants to connect investors directly with crypto mining.

The price of Bitcoin and other Altcoins has fallen more than 70% since November 2021. Millions of investors have lost billions of dollars in this sharp crypto fall. The revenues of Bitcoin miners have also dropped from minting new Bitcoin due to falling prices.

Today mining is less profitable than it was earlier, so the prices of mining equipment have decreased and companies are offering huge discounts on these types of equipment. After seeing this opportunity the Grayscale and Foundry decided to purchase new Bitcoin ASIC mining equipment at deeply discounted prices.

According to Grayscale Bitcoin will eventually see a price increase as a part of four stage mining cycle called the Rising Bull, Mining Gold Rush, Inventory Flush, and Shakeout. And the mining cycle has currently reached the Inventory Flush stage. At this stage, the hash rate is still high but the price of BTC is dropped.

During the shakeout phase, the hash rate will decrease and miners will be compelled to shut down their mining equipment. Grayscale also said the deployment of capital in a shakeout phase and exiting in a Mining Gold Rush phase is most profitable. The company presently holds the world’s largest Bitcoin fund approximately $13 billion worth of Bitcoins. They are holding more than 6,00,000 Bitcoins whose value is nearly $13 billion.