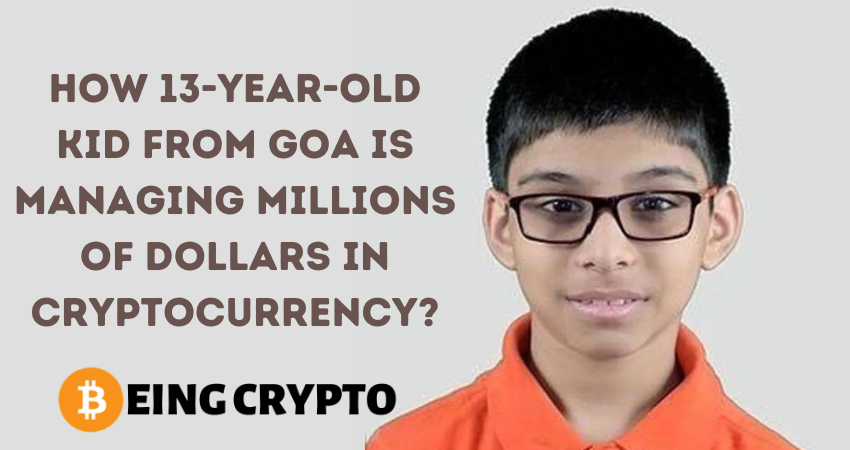 How 13-Year-Old Kid Gajesh Naik from Goa is Managing Millions of Dollars in Cryptocurrency?

The craze of cryptocurrency has captured the whole world. in the past few years. Millions of people are investing and earning from cryptocurrencies.

The PolyGaj developed by Gajesh is one-stop decentralized finance (De-Fi) and non-fungible token (NFT) platform. And the StableGaj is a decentralized stable coin swap that provides a stable coin exchange facility on the Polygon network.

The PolyGaj app is built on the Polygon blockchain and this app is now managing $7 million in cryptocurrency. Recently the billionaire Mark Cuban has also invested in the PolyGaj app.

Gajesh has completed many online certificate courses from the University at Buffalo, State University of New York. He had learned coding at boot camp when he was just 8 years old. He has mastered coding languages including C, C++, Java, JavaScript, and Solidity.

His father Siddhivinayak told to media, “Gajesh is also taking direct tutelage from professors of MIT and Stanford”. His father is a Goa civil service officer.