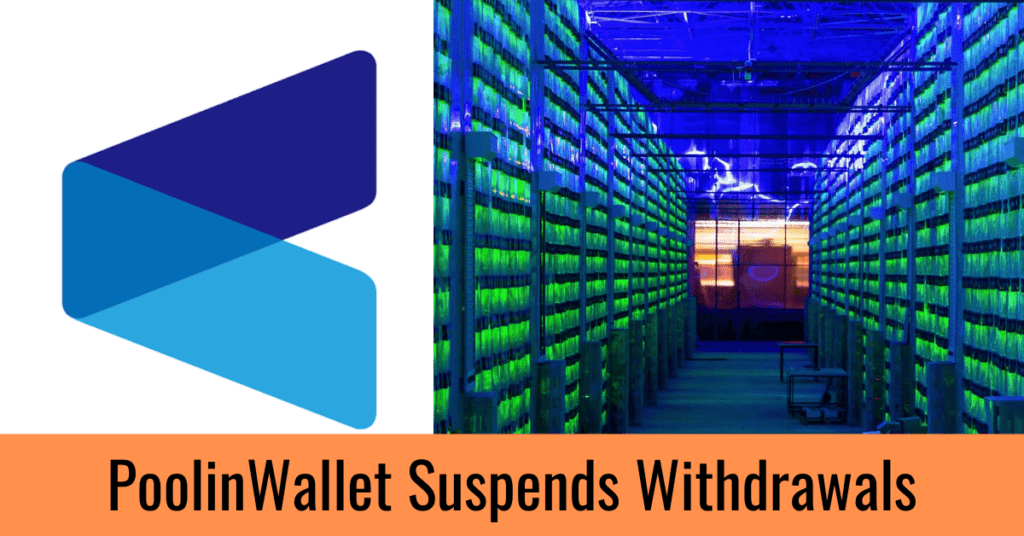 According to an article published on Cryptodaily, the PoolinWallet is suspending all withdrawals from their wallet. PoolinWallet is a wallet service by one of the world’s biggest bitcoin mining pools. This step is taken by Poolin to preserve the assets and stabilize liquidity.

According to Poolin, the withdrawal requests on its PoolinWallet suddenly increased and these withdrawals could affect the liquidity of assets on PoolinWallet. To keep this in mind they decided to temporarily suspend all the withdrawals from their wallet. But the Poolin mining pool services are not affected by this suspension. The PoolinWallet intends to halt all withdrawals, flash trades, and internal transactions inside Poolin systems from 5 September 2022.

The company has also introduced ZERO fee incentives and settlement changes to help with the objective of maintaining liquidity and operation of Poolin.

Payments in Bitcoin and Ethereum Has Also Been Suspended

The PoolinWallet users cannot use BTC and ETH balances for payments after this suspension starting from 6 September. Poolin officials said they will take a snapshot of the remaining balances of Bitcoin and Ethereum on the pool to calculate the amounts. After September 6, the daily mined coins will be handed out daily to users. This will not impact any other coins on the wallet.