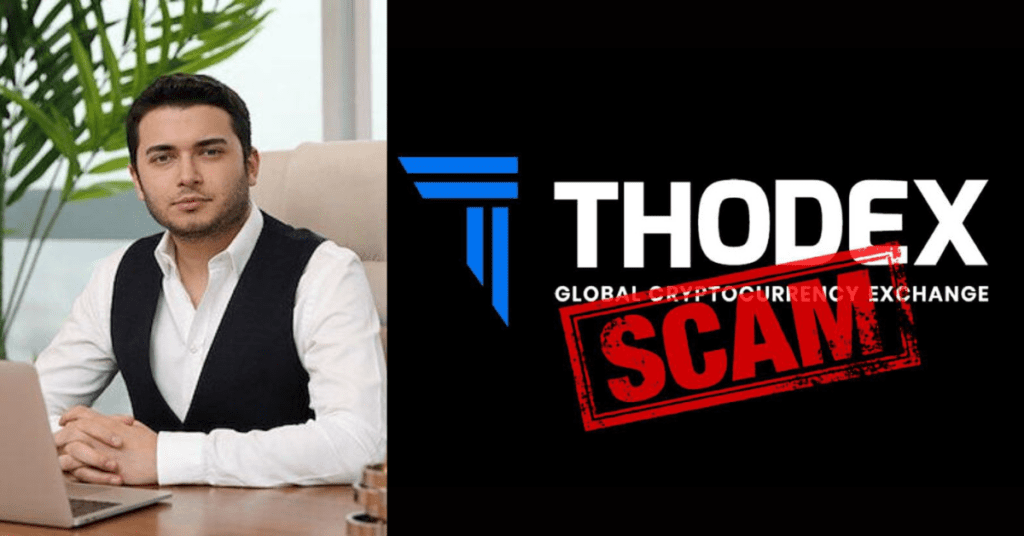 We have seen many cases of cryptocurrency scams where scammers had stolen hard-earned money from innocent investors. But now this time a cryptocurrency exchange founder has scammed its own platform’s users. Isn’t it scary? Yes, it’s true. A Turkish crypto exchange Thodex’s founder, Faruk Faith Ozer fled away after stealing $2 billion from their own clients.

Now he is arrested in Albania and he is facing extradition back to Turkey, where he could be sentenced to 40,564 years in jail for his crime.

Thodex founder Ozer fled Turkey in April 2021 after stealing around $2 billion from his own 400,000+ clients. Initially, he told the clients that the exchange has became a victim of a cyberattack and all the funds have been stolen by attackers. And within a week clients noticed they have lost access to their accounts and the 28-year-old Ozer fled from the country.

After that, the clients complained about this fraud to the police, and an international investigation was started to track him. Now he is arrested in Albania after his identity verification by biometric authentication. To hide his identity he shaved his head but the got arrested by his fingerprint data and facial recognition. According to police reports, he is arrested at a hotel in Himara, a small town in southern Albania.

According to a report by the Turkish Interior Ministry, his extradition process has been started by the Intergovernmental organization investigation agency Interpol.

According to reports he would be sentenced to around 40,000 years in jail and the other employees of this exchange will also be punished.

Thodex crypto exchange was started in Istanbul in 2017 by Faruk Faith Ozer. In a short time, this exchange gained a massive customer base in Turkey.