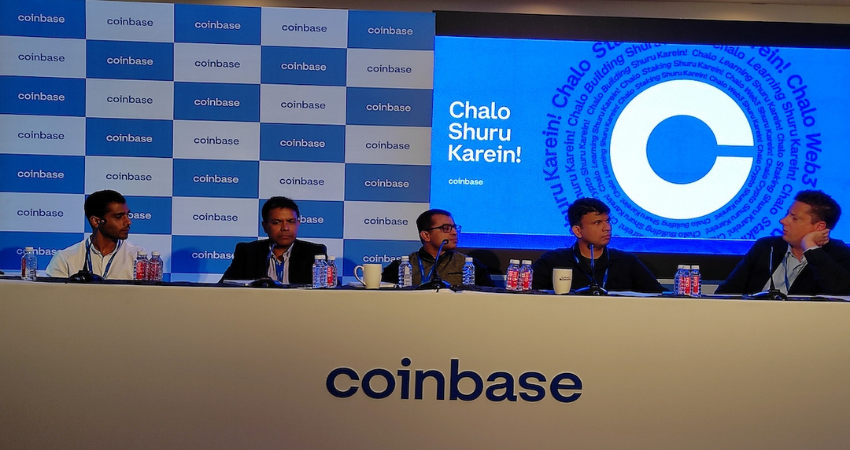 On April 8 US-based cryptocurrency giant Coinbase said that they are committed to working with the National Payments Corporation of India (NPCI) which manages and operates the widely adopted Unified Payments Interface (UPI)​. Coinbase is planning to allow its Indian users to buy cryptocurrencies using UPI in India.

At an event in Bengaluru Coinbase announced that they would allow users to purchase crypto assets via the UPI payment system, which is a widely adopted mode of payment. Currently, the UPI payment system has over 60% of retail transactions in the country. At this event, Coinbase CEO Brian Armstrong and other seniors were also present.

Coinbase’s this announcement comes at this time when the Indian government has already imposed a 30% tax on capital gains and 1% TDS on every crypto transaction. The company said they are planning to increase their team members from 300 to 1000 and they are looking to work for more than 10 – 20 years even after strict crypto tax law.

Coinbase has already invested $150 million in Indian crypto startups including CoinSwitch and CoinDCX. After launching its own retail trading platform it will become the competitor of both these startups.

Coinbase also said that Crypto is very complex and it will take some time to understand and educate how this technology can benefit India in the field of innovation and technology.

Related Topic: The USA Based Coinbase Is Hiring In India To Expand Its Region