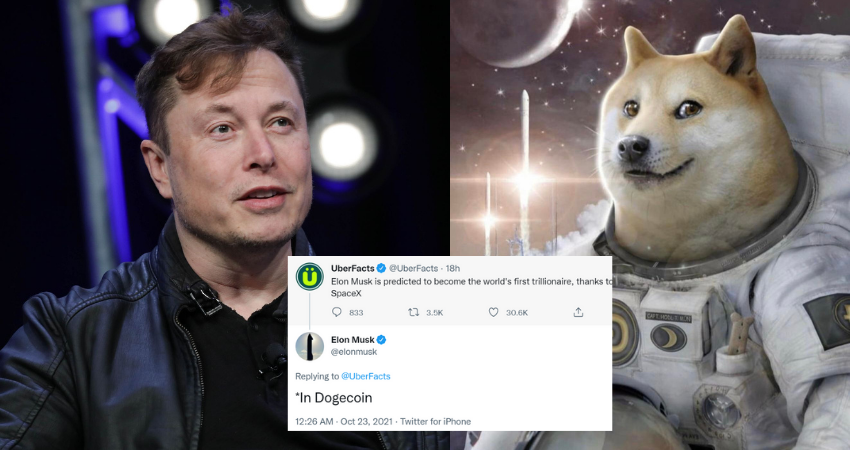 The Tesla CEO Elon Musk who is also a Dogecoin lover has tweeted again in the support of Dogecoin. For a long time, the price of Dogecoin fluctuates around $0.27.

The price of Dogecoin started growing when Elon Musk adopted the meme token Dogecoin in march 2021. After that, Dogecoin (DOGE) started growing rapidly and it has made many people millionaires. Investors have earned lots of profit from this coin.

Now Elon Must has tweeted again and said he will become the first Dogecoin Trillionaire. According to Bloomberg Billionaires Index, his current net worth is $249 billion. He’s now worth more than the gross domestic product of New Zealand and soon he will surpass Portugal.

He is also CEO of Tesla and his shares are continuously growing and adding more value to his wealth.

Morgan Stanley which is a global leader in financial services has predicted that Musk is on the track to become the world’s first trillionaire thanks to SpaceX.

Elon Musk has already revealed his holdings in Bitcoin Ethereum and Dogecoin during the ‘The ₿ Word’ Conference held in July 2021.