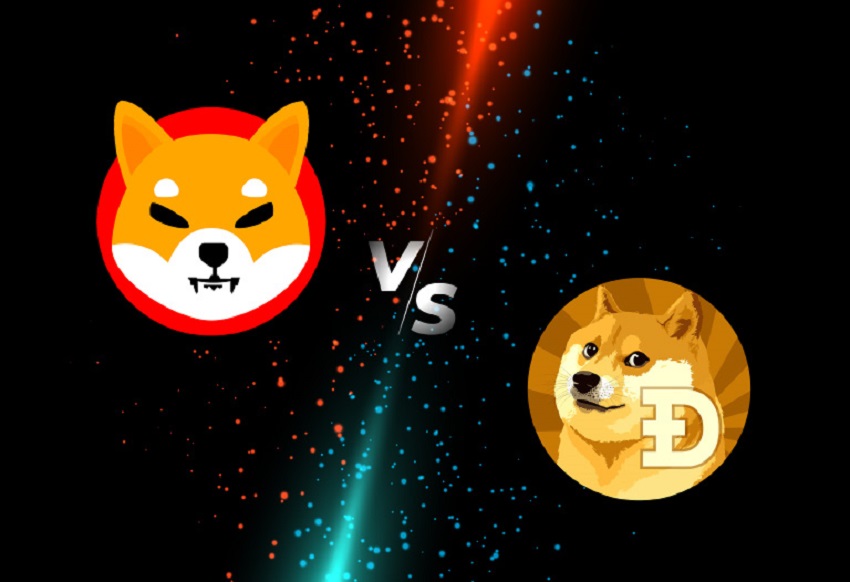 SHIBA Inu vs Dogecoin: Who will Cross the $1 Mark?

Before deciding which coin is better and grab the attention of investors in the market in the future. Let us know about what these coins are and who started these coins.

Dogecoin is also a meme coin which was first emerged in 2013 as a joke. Palmer and Billy Markus have created this coin to satirize the growth of altcoins by making the doge internet meme into a cryptocurrency. While this token was born as a joke but in a short time, it got huge market supply and popularity from social media promotions. Dogecoin is a derivative of Luckycoin which forked from Litecoin and uses a Scrypt algorithm. It has only 1-minute block intervals that make it faster than other blockchain technologies.

Moreover, this coin also got more popularity when SpaceX founder Elon Musk started tweeting about this coin. He also told to accept this coin as payment in his next space program. Due to his continuous tweets, this coin wins to grab the investor’s attention, and its price rises.

Shiba Inu token is a meme token that is related to a special dog breed. That dog was a Shiba Inu, and this dog-inspired millions of people around the world to invest money into tokens with the dog’s image on these tokens.

According to SHIB Community “SHIB is an experiment in decentralized spontaneous community building. SHIB token is their first token that allows its users to hold Billions or even Trillions of Shib Tokens. SHIBA INU is also known as DOGECOIN KILLER, this ERC-20 ONLY token can remain well under a penny and still outpace Dogecoin in a small amount of time. This token is popular worldwide, and already up thousands of percent.

SHIBA community has locked the 50% of the total supply to Uniswap and threw away the keys! The remaining 50% was burned to Vitalik Buterin. So everyone has to buy on the open market, ensuring a fair and complete distribution.

Also Read: SHIBA INU Meme Token Price Prediction: Why You Need to Invest in this Coin?

Now it’s time to make some comparisons between Shiba Inu and Dogecoin.

Many people and investors want to know whether Shiba Inu overtake Dogecoin in the future or not. But at this moment there is a large gap between the market caps of both coins.

The SHIB community is passionate, they are continuously promoting this coin on social media and news sites. Investors are seeing this coin as the next doge. But if we talk about dogecoin it is already at a much higher position as compared to SHIBA Inu. Dogecoin will reach $1 soon but if we talk about SHIB it will take more time than Doge.

1 thought on “SHIBA Inu vs Dogecoin: Who will Cross the $1 Mark?”