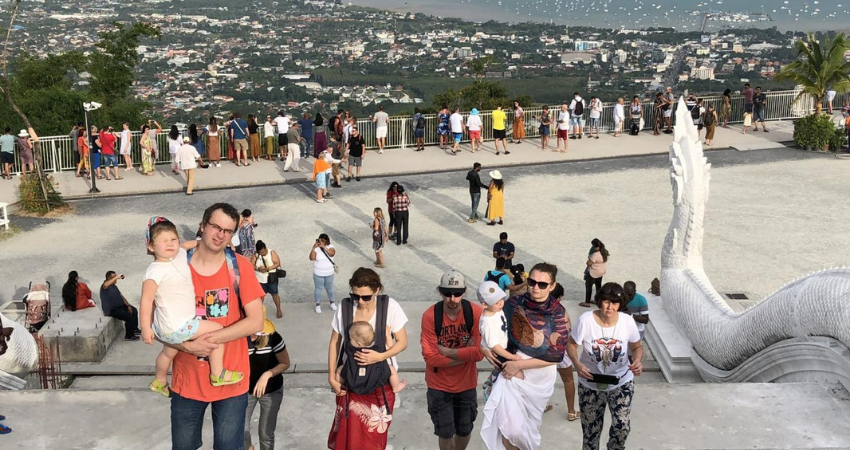 Due to financial sanctions on Russia by the United States and other countries after Russia and Ukraine war digital transactions have become very difficult for Russians in other countries.

Due to Putin’s invasion of Ukraine, Russia’s citizens were slammed with severe restrictions from numerous countries, companies, and businesses. Now the Phuket Tourist Association and the Bank of Thailand may introduce cryptocurrency payments to Russian tourists in Thailand.

Due to Russia and Ukraine war, many countries declared economic war on the world’s largest country to isolate Russia from the global financial world. Due to these economic sanctions, Russian banks are being expelled from the SWIFT payment system. On the other side, major companies like Mastercard, Visa, and even PayPal announced they will stop serving Russian clients.

Read Also: Cryptocurrency Can Be Used By Russia To Evade All Sanctions

Now according to reports Phuket Tourist Association’s president, Bhummikitti Ruktaengam said virtual digital assets could serve as a backup in case of transactions failure. He also added that Thai businesses could start interacting with Russia’s Mir payment system for transactions.

Currently, there are more than 4000 Russian and 400+ Ukrainian tourists in different parts of Thailand.

According to Thailand’s rule, all ordinary tourists are allowed to stay a maximum of 60 days in their country. The government also cleared they are not going to extend the visas of any tourists who cannot return due to home to any military conflict.

But reports said the Thai government has also declared that no tourists will be deported against their will from both countries.